A banner month for painting! I did not make the club game this month but things look good for May and June.

---Two months and I will be done the dog forces...6 x 18 figure units to go. That will leave me the elves and dwarves over the next 18 months. 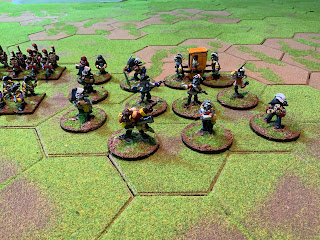 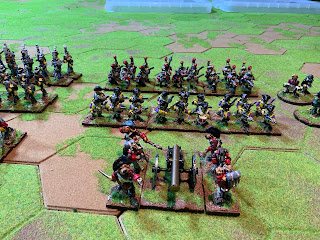 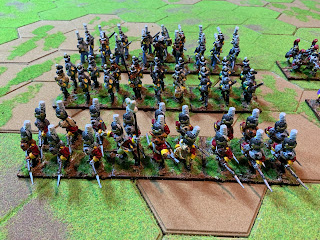 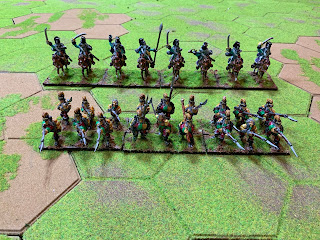 $200 on Slaughterloo figures to fill out two forces, rule book

I am preparing to sell off the excess Slaughterloo figures to recoup some funds. I also still plan to seel a large portion of my 15mm MBA buildings.

On a dark and stormy night, Sinjon Stinkwater led his band on a recon of Warren Percy while Sir Buckley and two of his men stood guard in the gloom.

A tough loss for Sir Buckley's band. Osh recovered after the fight, and Demelza kindly released Ron in exchange for a score of Pennies. Esmarelda was back on her paws intact (except her pride).

While Sinjon and crew wandered the lands before planning their next step, Buckley focused on training for the coming onslaught.

Sinjon did buy a Hammer of +2 Smiting at the black market and expanded his alchemy skills.

Posted by Timothy Coakley at 2:54 PM No comments:

I could not make the club game on Sat morning, but I did get in game #2 of my solo Burrows and Badgers campaign on Sat night and Sun morning.

The hired thugs, led by the nefarious Sir Barkley (Border Terrier), were tasked with evicting the last few occupants of Warren Percy.  He split his crew into three groups to take on the villagers from all sides, but they may have bitten off more than they can chew.

A very fun game. I need to reread the rules as I know I messed up a few items. Barkley's group was at a major disadvantage not being allowed to use weapons (-2 to Strike for unarmed), and the loss of two members up front could have proven fatal.

After the battle, Sir Barkley checked up on his wounded comrades. Tug has a severe leg wound (drops to D4 Move), and poor Fiona has a serious arm wound (no 2h weapons...like her bow!). This is a major blow.

As as storm starts to roll in, Sir Barkley takes Ron Weasley and Osh on patrol...he is expecting trouble.

Posted by Timothy Coakley at 7:05 AM 2 comments:

Good progress with painting and getting some motivation to start the next campaign.

1 x To The Strongest at the club

I pre-ordered the Army Painter Speed Paints....cheaper than the GW Contrast paints so worth a try. I also ordered the (last!) batch of Litko bases for my Slaughterloo project.

Despite a hectic work schedule, some good gaming and painting for the month. 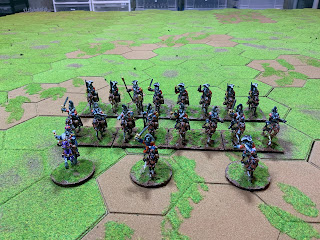 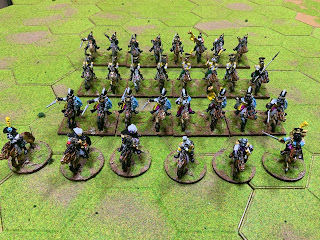 1 x Bolt Action at the club

I will need to get some bases and paints...and I may try the Army Painter speed paints...some of my contrast paints are almost empty.

A nice start to the year despite the COVID resurgence and three snow storms.

Played a game of 5 parsecs from Home with the plastic figures I received for Christmas. Fun game, but I am not sold on the combat system...but the campaign engine makes for great backstory. I am very interested in the 7TV series of skirmish games and may give one a try.

Painted 49 horses and 19 riders (credit this month for 19 complete) of the Slaughterloo Dogmen figures.

No club game this month, snowed out. We will be finishing a 1939 Bolt Action campaign game next month.

Started organizing the force lists for my next Slaughterloo inspired campaign. I am making a map using a computer game scenario editor...but will play out on the tabletop.

I will need to get some bases and paints...and I may try the Army Painter speed paints...some of my contrast paints are almost empty.

Posted by Timothy Coakley at 1:22 PM No comments:

Good start for the month....working on 49 horses (I hate painting horses) for my Slaughterloo armies, and played a game of 5 Parsecs from home with some plastic figures I put together over Christmas. 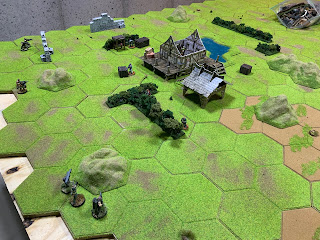 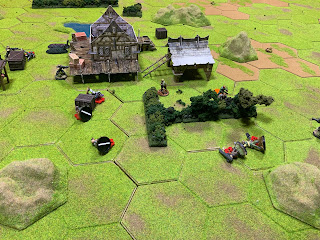 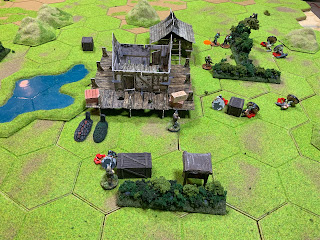 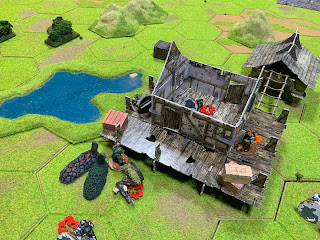 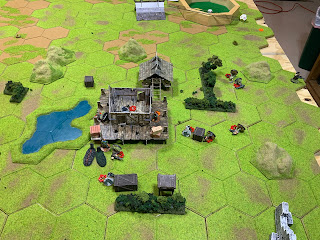