I did a play test of the Carnage and Glory II computer moderated rules with my Slaughterloo figures, including the recently completed British (Orcs). A large division on each side, using 2/3s of my table.

Field of Battle is my go to game, but I thought I would try C&G again since they have a new campaign module.

Fun game, fast paced (after building the army lists on the computer), rules started to come back to me. Move distances seem a little big and my large sized units (base sizes) seemed to clutter things more than FOB.

Jury is still out if I will try a full campaign with them. It is interesting to think about how the battles would string together and see the armies start to disintegrate from losses and campaign consumption. 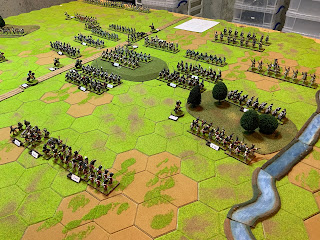 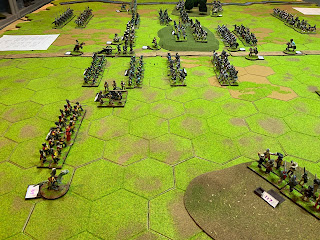 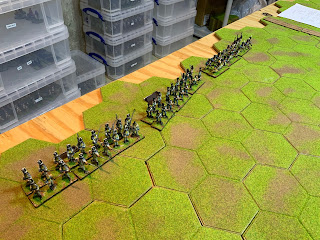 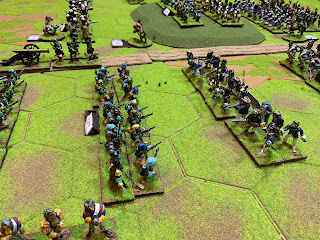 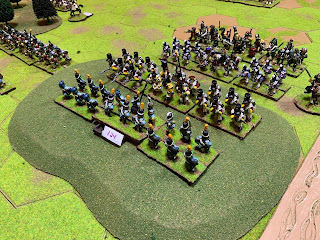 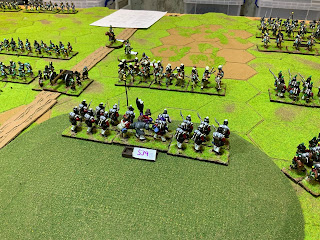 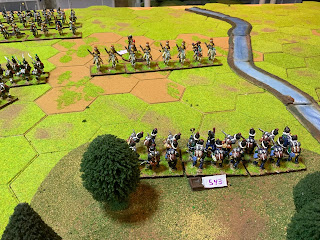 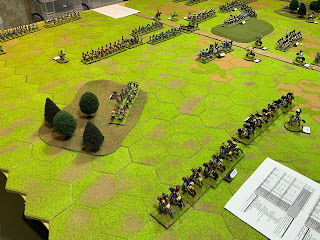 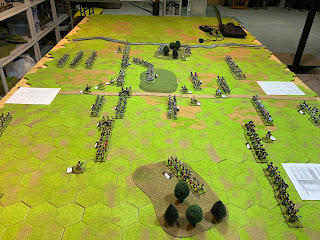 Unioists has suffered losses of:

Mentioned in dispatches with Honors:

Associates has suffered losses of:

Mentioned in dispatches with Honors:

Posted by Timothy Coakley at 11:20 AM