Played a game of my home brew hex based 15mm fantasy rules. They are loosely based on Command and Colors / Battle Lore with custom dice.

Human kingdom and barbarians vs Orcs/goblins+.

The humans pulled out a victory by taking the hill (uncontested) and destroying enough enemy units. The Orcs were 1 base away from winning by destroying a whole command and enough units. Final score...9 to 4.

I will make some rules edits based on the battle and then they are playable minus refined rules for leaders/characters, and magic. 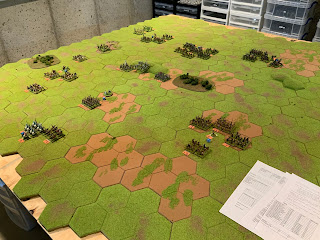 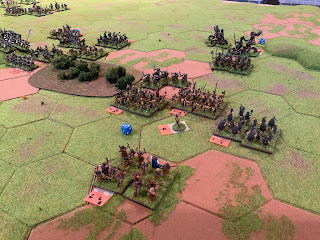 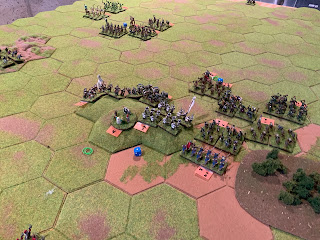 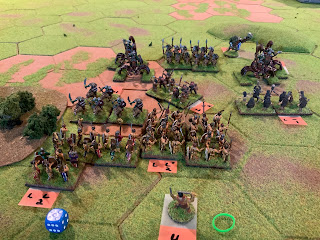 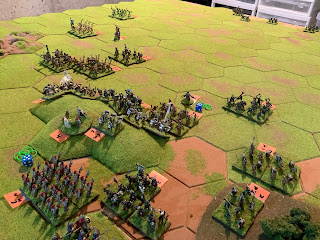 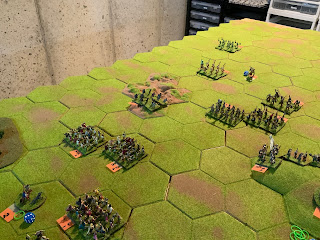 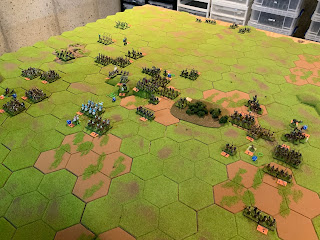 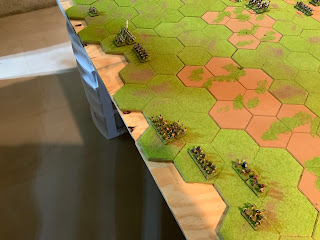 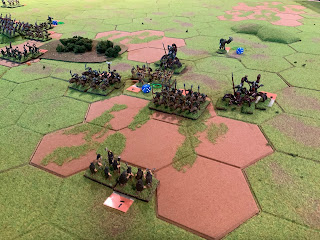 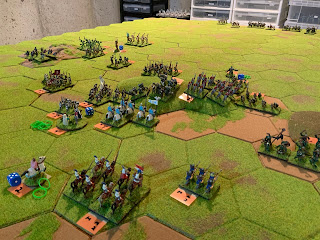 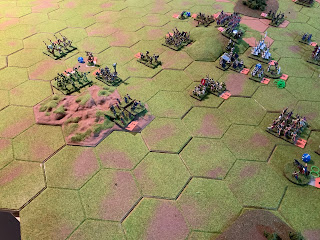 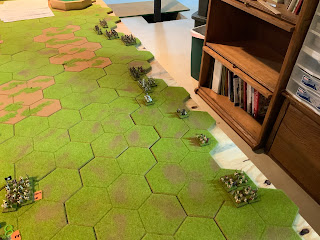 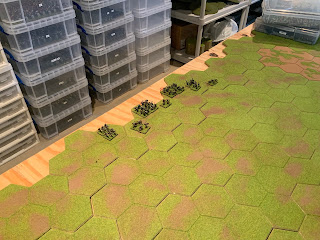 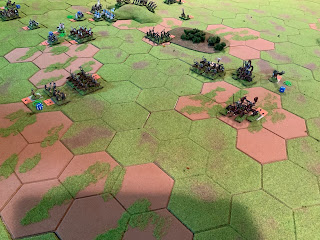 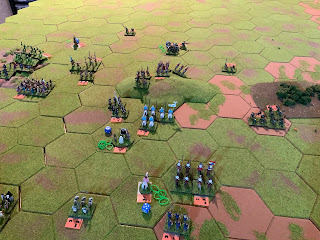 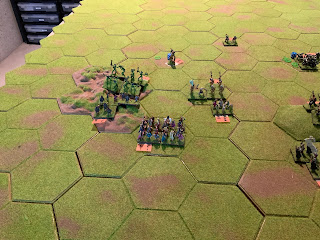 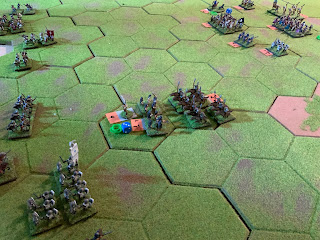 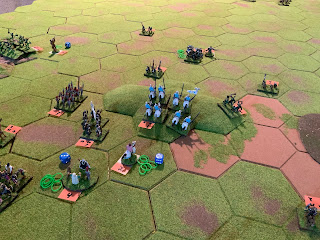 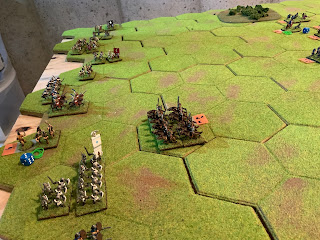 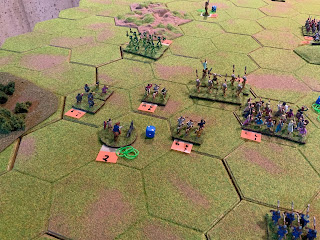 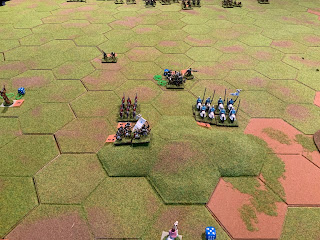 Posted by Timothy Coakley at 2:31 PM