2010 was a big year in painting, but only so-so for gaming. I hope to balance things out more in 2011 but I do still have a load of lead on hand.

Overall Plans:
1- Attend the 3 HMGS conventions
2- Spend less- focus on accessories vs lead and terrain
3- Complete several projects before starting any new ones

Flames of War: Mature - I have two large company plus size forces painted. I may purchase an item at each convention, but my pledge is to paint any FoW items within 30 days of purchase.

Modern Skirmish: In Progress- Lots of figures painted. I use Flying Lead rules by Ganesha Games. This is my go to project to play with my son when not playing the Memior '44 board game. I just bought the last of the Rebel Mini figures I want and I plan to pick up a helo and two HMMWVs at Cold Wars (QRF?). This project has one month of painting to become mature.

Imagi-Nation: In Progress. I expect to mature this project in the first half of the year. I will always continue to build as this is what started it all for me, but I will have plenty of units done for now.

Space Ships: In Progress. Have not played a game yet...but I expect to get these done before Summer as they are simple to paint, and are already primed. I need to buy some fighter stands.

Splintered Light: In Progress. My favorite figures. Need to get a game with these guys played. This is a slow and steady project just for fun.

Ancient Imagi-Nation: Ready to start. My next big project. I have figures on hand but I am not going to start until I mature the projects listed above.

Pirates: Ready to start. Figures are all on hand, but I am not going to start until 2012. I do have my eyes on some of the Old Glory ships to join the pirates.

Wild West: Future. No figures yet...I like the Blue Moon figures and may pick them up at Historicon if I finish some of the other projects.

Sci-Fi Skirmish: Future. Recently getting interested in starting 15mm Sci-fi for skirmish and squad type battles. Lots of nice figures, and some would work well as a "near-future" setting with my modern skirmish figures.

PLANNED PURCHASES
1- Remaining items from the Miniature Building Authority 15mm range...want to have 1 of each
2- a few vehicles for FoW...Marders, PZ IV, US aircraft
3- a helo and couple of HMMWVs (look at QRF)
4- replenish my basing supplies
5- continue to get one of each SL animal
6- look at the Blue Moon wild west figure
7- Sci-fi skirmish...opening a new can of worms...should wait till 2012
8- Total Scenic System has lots of great terrain bits
Posted by Katzenstein at 5:37 PM No comments: 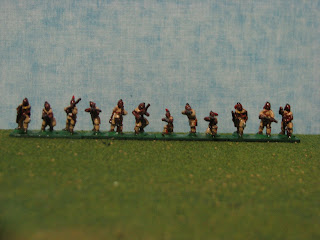 The second of the Native infantry units from Merica.
Posted by Katzenstein at 6:24 AM No comments: 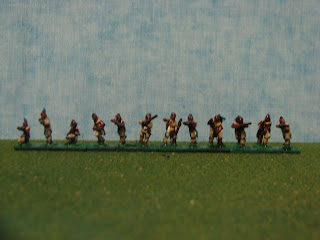 The first of two units of native irregulars raised on the Merican colonies.
Posted by Katzenstein at 2:04 PM No comments: 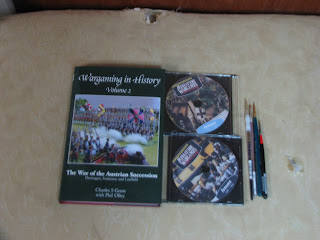 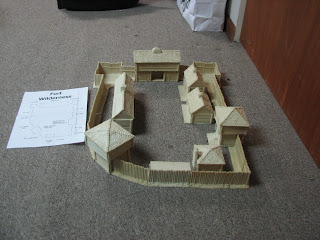 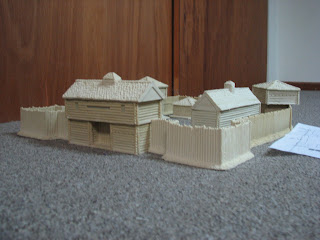 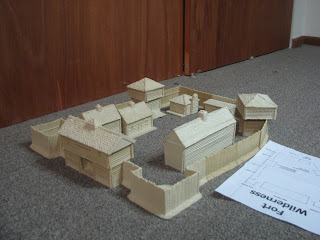 A few items recieved for Christmas: