Great hobby month. Historicon was a blast...lots of fun games. I had many days off from work this month and I took advantage to get the Zombie project done...opening the way for a new project from my "I am interested, but will probably never get around to doing" list. A Very British Civil War comes to New Jersey. Bought all the miniatures...now to start painting.

--- I also glued all the AVBCW figures to cardboard...and started the first batch.

---Wooden Warriors game on the table...and I want to get a zombie game going in August.


BUDGET
Out the window. The huge purchases of AVBCW and Slaughterloo figures took me off the rails. At least I have figures to paint for the next few years!
Posted by Katzenstein at 6:37 AM No comments:

Time to take a look at the status of all the hobby projects I have worked on over the ten years since I have been painting. Time flies...I can't believe how long it has been since I finished some projects or brought the figures out for a game.

Just when I thought I was done starting new things, this year I did the Wooden Warriors, bought a load of figures for Slaughterloo, and then went on a AVBCW craze at Historicon.

The biggest whole in my collections is now 28mm terrain.

Pulp Alley: Will have some bleed over with the AVBCW figures. No major additions needed. I will contnue to collect all of the Pulp Alley cards and scenarios.
---Last Painted: Dec, 2017
---Last Gamed: Dec, 2016

Kingdom of Katzenstein: My 15mm "Napoleonic" imagi-nation. This is the project that got me started in November 2008. I can't believe it has been over 6 years since I played a game with them! I have at least been painting for the collection. I will continue to add a unit every now and then.
---Last Painted: Jul, 2017
---Last Gamed: Dec, 2011

Posted by Katzenstein at 12:55 PM No comments:

A short post to log my plasticville buildings so I can reference them if I run into any more at a flea market. 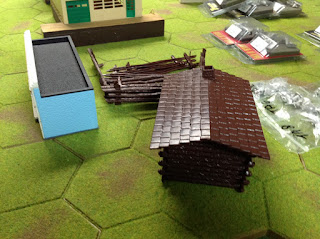 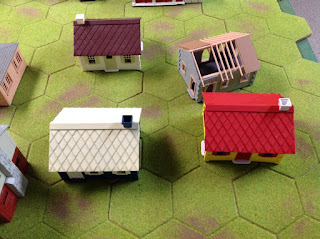 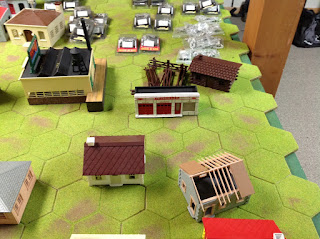 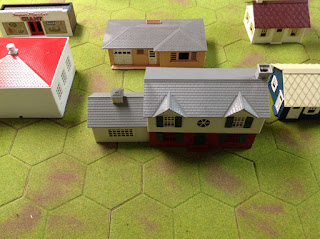 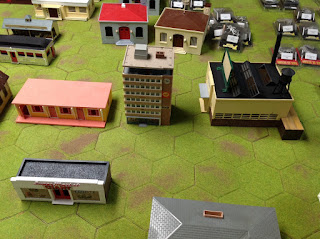 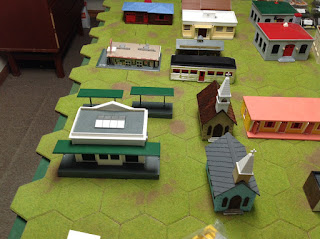 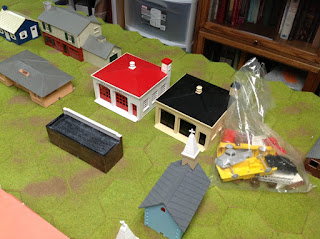 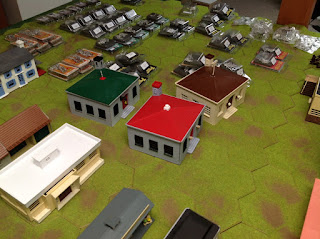 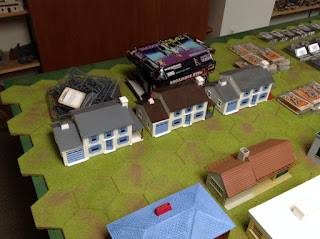 Posted by Katzenstein at 10:23 AM No comments:

Just back from Historicon at the Host in Lancaster PA. The facility is under renovation...construction all around. My room was just fine, facilities in general will need lots more work. Food options very poor...but there are plenty of places close by. Looking forward to seeing the event in a new location next year.

I played in 6 games. I missed the one I was most looking forward to due to a late work call...very disappointed. My apologies to Peter.

I managed to pick up an extra game of Combat Patrol the next day to make up for it.

I met Richard Clarke of Too Fat Lardies fame...nice chatting with him during a Sharpe Practice game.

I overspent...getting into a new project will do that. Bought lots of figures for Very British Civil War...and ordered what I could not find online. I also picked up some Plasticville buildings cheap at the flea market.

Good fun all around.


Posted by Katzenstein at 5:24 PM No comments: