One of my more motivated months in a long time. Despite being away for two weeks for work, I finished up some more fantasy figures, bought a batch of figures for the Katzenstein project, and played two games. Even worked on the fantasy rules mash up. Hoping August is this productive.

Disappointed to have missed Historicon...plan to be back in 2017. I also have my eye on two local conventions and the HAWKS Barrage convention.

On the table:  four units for the Kingdom of Katzenstein; each represents a significant life event:
- Duchess of Bartley "Viva's Own" Guard Grenadiers - named for my dog, very small 15mm figures since she is very small...these are the men who are too small to make the other guard units.
- Carlisle Musketeers - named for my War College graduation site
- Westfield Dragoons - location of my unit armory
- Madison Musketeers - twenty years since graduating JMU

PURCHASES and BUDGET
$250 this month: HUGE lot of mixed Napoleonic figures for my "Imperial" army and to field the 4 units above; I will be able to resell a portion of this
Total for the year: $353
Budget: $347 under budget,
Plan: <$100 per month; on target
Reminder: bases (round), paint, and brush supplies...plus some shield transfers.
Posted by Katzenstein at 1:59 PM No comments:

1814, Battle of La Rothier with Fate of Battle rules

Spent an enjoyable day gaming with a group of guys from the Maplewood Hobby Gaming Society (MapHoGS). Saw an announcement on their Yahoo forum about one of the gamers hosting a game just a few miles from my house. I have mostly gamed solo, with my son, or at conventions. This was a nice change to join some local folks (Allen, Bill, Steve, Lee, Jake, Garrett). Allen has been kind enough to offer an open invite for gaming.

Played the Battle of La Rothier in 1814 using the Fate of Battle rules, a variant of Buck Surdu's "Look Sarge, No Charges".

Great game even with the Russian-Austrian side on was on getting handed our heads.

My Cavalry finally drove off the opposing French Guard cavalry only to see Marshal Ney arrive to save that flank. Our center got devastated by the very aggressive enemy cavalry...kudo's to 12 year old Garrett for running over us like a Panzer Division in 1941.

Some pics of the game: 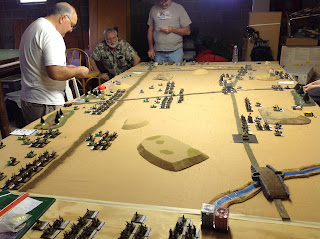 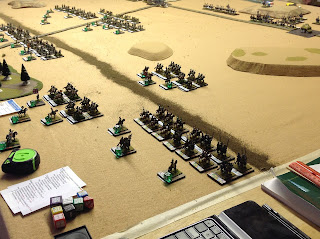 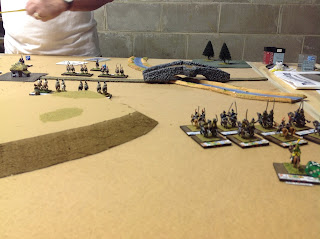 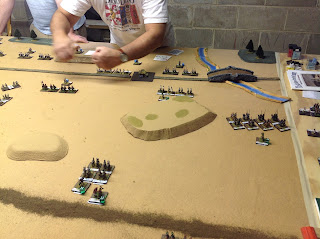 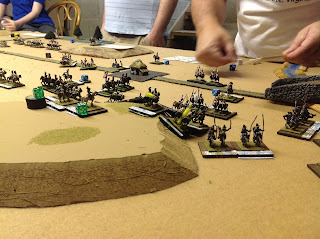 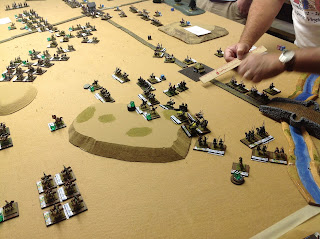 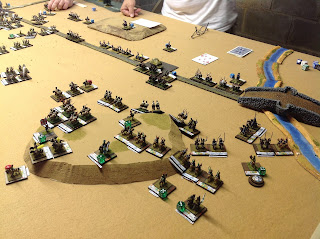 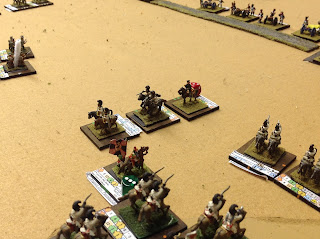 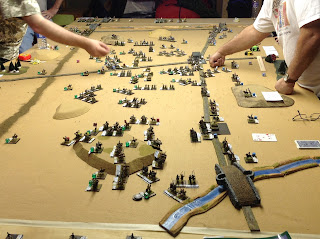 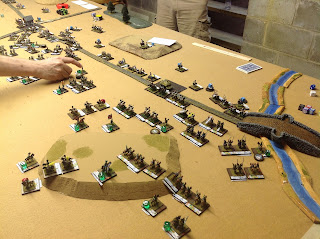 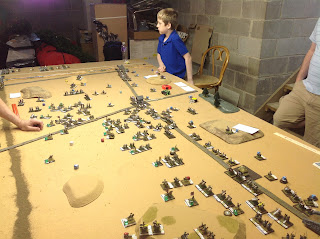 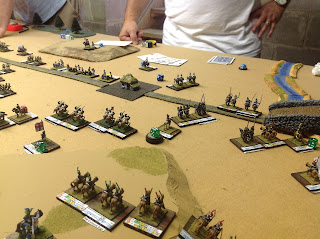 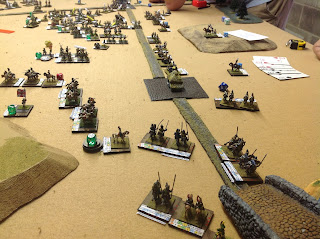 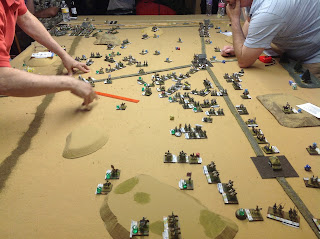 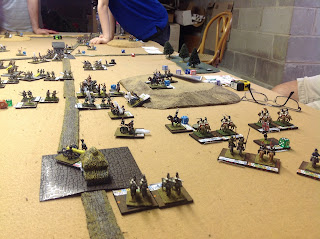 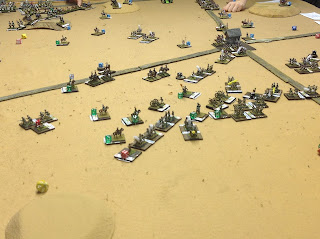 Posted by Katzenstein at 1:26 PM No comments: