125 x US Rifle Company for Flames of War - almost done.

figures with my son. We have also played all 6 scenarios from the Pacific

My August plans are to finish the FoW company, and start the Falschrimjager

company. I also want to do some more of the Splintered Light minis and work

on some of my first homemade terrain pieces.

I took stock of my Imagi-nation unpainted lead:

Plus civilians limbers, wagons, ambulances
Added to these, are 8 more infantry units I just got from the Blue Moon FIW

range. All of this should be about 1 year of work.
Posted by Katzenstein at 5:22 PM 1 comment: 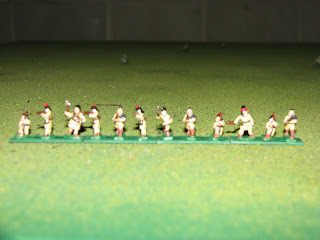 Tobsk Tribe Regiment: this is a force raised from the native inhabitants of the Kingdom. Unorthodox fighters, this unit is used for raids, scouting, and striking fear into an enemy's second line troops.
Posted by Katzenstein at 4:25 AM 1 comment: 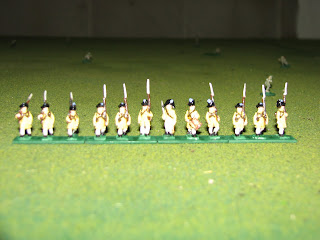 Jorn Jungle Jager: Light infantry rasied from the outskirts of the Jungle of Jorn. Their distinctive yellow coats are dyed with the extract of the Flashing Flower only found deep in the jungle. Each recruit must collect enough flowers to dye his own coat.
Posted by Katzenstein at 4:55 PM No comments: 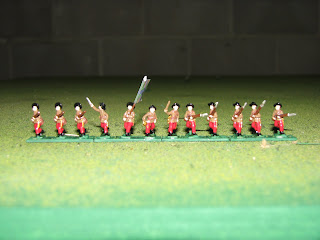 Royal Rouge Customs Constables: the 2nd regiment of para-military forces controlled by the Ministry of the Exchequer. The Customs Constables enfore tarrifs and tax collection as well as suppressing smuggling. Distinguished by their red pants opposed to the Border Constables blue.
Posted by Katzenstein at 2:05 PM 1 comment: 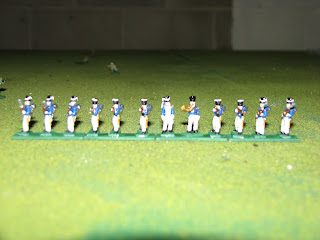 Bumm Ridge Flanquer Regiment: A light infantry regiment raised in the hills of the north.
Posted by Katzenstein at 4:24 PM 1 comment: 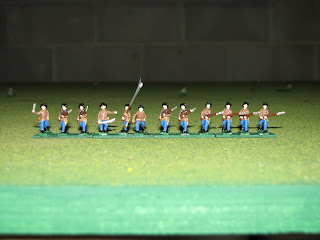 Royal Bleu Border Constables: A para-military force of the Ministry of the Exchequer. These troops control important border crossings and patrol the more civilized areas of the frontier.
Posted by Katzenstein at 3:02 PM No comments: 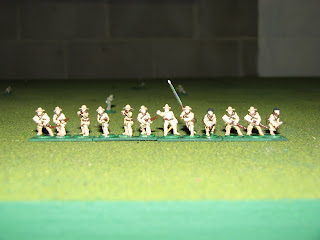 McElliot’s Friekorps: an irregular formation formed from independant farmers, ranchers, and woodsmen from the King's reserve around McElliot's pool. Led by the eccenric Earl of the Pool.
Posted by Katzenstein at 6:39 AM No comments: 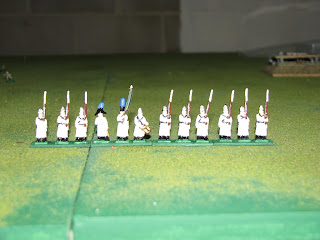 The 3rd Mountain Infantry regiment - distinguished by the greatcoats all wear to keep warm.
Posted by Katzenstein at 5:51 AM No comments:

I have finished my first group of Splintered Light fantasy animal figures. Love these sculps and otters are my favorite animals. They will be used with the Song of Blades and Heroes rules from Ganesha Games.


I special ordered one of each figure in the range so no two figures are alike. Next up are the hares for my son and rats as enemies.

July is turning into a great painting month. 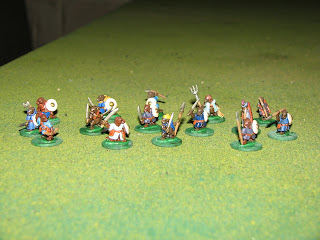 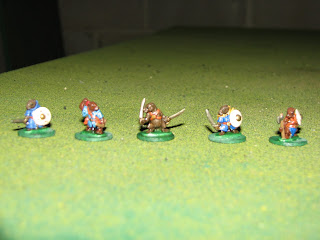 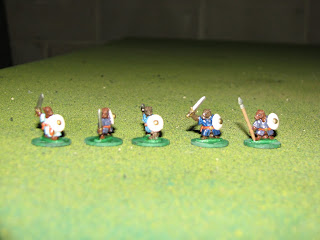 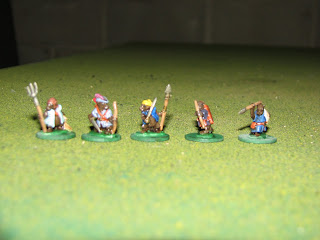 Posted by Katzenstein at 12:48 PM No comments:

Labels: Song of the Splintered Lands

My son and I went to do a day of shopping at Historicon 2010 held at the Valley Forge Convention Center. The venue seemed great to me...pleanty of space, good parking, and overall very well organized. The walk-in registration took 1/2 hour and they could use some work in that area. The vendor hall was well stocked. We also hit two sessions of the flea market...1st was crowded, 2nd not so much.
Purchases:
1) Pacific Theatre expansion for Memior '44 - sold to us (and a nice conversation with ) Richard Borg

2) Several colors of spray paint (Army Painter and Flames of War), and some new brushes

3) 5 packs of the new Blue Moon 15mm French and Indian War range: Indians, Colonial Militia, French Irregulars, Civilians, and French Colonial Marines. I have enough to make two 12 man units (30 per pack) with these, but I may just sell off the extras and only make one unit per pack.

6) Townhouse set E and the Sawmill from Miniature Building Authority. Waiting on the new Middle East set in the Fall.
7) 3 booklets on A Very British Civil War- not a period I expect to play, this is just for the fun of reading an interesting alternate history
8) Flames of War: my son is interested in WW II so I broke down and bought the Flames of War "Open Fire" introductory pack and a company each of US Infantry and German Fallschrimjager. The pack came with 3 M4s and 2 Stugs as well. The rule book looks great, but the pages started falling out of the binding at the first read...that is disappointing. This will be a big diversion from my ongoing projects, but it is worth it to get my son deeper into gaming.


This month has also been better for painting. 4 x 12 man units for my imagi-nation (with 3 more primed), and I finished the 15 Splintered Light Otters I started last month.

One Flying Lead game is in progress, and we have done a few Memior '44 games (more tonight).

My revised painting plan for the month is to finish the 3 imagi-nation units, and start on the Flames of War units.
Posted by Katzenstein at 7:24 PM No comments:

I was not very motivated this month and had a trip away for a week. I almost finished 15 of the Splintered Light fantasy Otter figures, but a little more work to go before they are done.

I did get in part of a skirmish game, and 3 games of the Memoir '44 board game with my son.

I head to a day of shopping at Historicon next week and hope to get some painting in over this long weekend.

I do not expect to buy many more figures (ha!) as I have everything on hand except for some ancients for a future project. My purchases will focus on terrain bits, paint, and some reading material.

Over the last month I did purchase some figs:
- updated my collection to include one of each pose of the Splintered Light animals: all available on hand
- some more Rebel mini modern figs: everything on hand for this project
- 1 infantry and 1 cavalry unit for imagi-nation: this gives me everything on hand for this project
- ancients: 60% of my planned purchases...still deciding on a few units. This will be an ancients imagi-nation project.
Posted by Katzenstein at 8:23 AM No comments: