Throw back post: Welcome to the Confederation of Zaquetta

Found an old draft post from back when I was planning what I thought would be an "imagi-nation" ancients project code named ZAQUETTA. This has morphed after I completed most of the units below to become a fantasy project including the units below in the "City States" and the "Great Kingdom" factions.

This is another imagi-nation project modeled on the likes of my 18/19th century imagi-nation and those made infamous in wargaming circles by Donald Featherstone, Tony Bath, and Charles Grant. I may add a fantasy element to this project too because I like some of the figures I have seen such as the Splintered Light gnomes.

I will create the imaginary world based on a world filled with city-states, once unified (dominated) by a now failing empire modeled on Rome.

I am still deciding on what rules to use. There is an ancients version of Field of Battle coming in the future, and I like the Pride of Lions rules from Splintered Light.

I have a batch of painted figures I bought off E-Bay to use as the enemy untill I get enough units painted.

My first unit is Slingers. I just love the concept of the sling, always have. Blame it on David and Goliath. Just read an interesting article in Ancient Warfare magazine about the power of the sling.

This is another 15mm project. I have purchased all the figures for my initial order of battle. The figures come from:

My standard is for units of 24 infantry, 12 light infantry, and 12 cavalry.

The planned order of battle to get me started is below:

Each of the nationalities of the figures will be pulled from a city-state or region. The main city is Zaque, ruled by a warrior queen and her army of fierce celtic women.

Phase 2 of the Fantasy project

There are many more packs for each army in this line...I will purchase them when the time comes.

Posted by Katzenstein at 12:52 PM No comments:

A clutch of savage Woodland Squatches snuck in and stole the Golden Idol right out from under a bunch of drunken Elves. While the Elves continued their merry-making the next day, a force of Human and Dwarven warriors set out to find the prized treasure.

Meanwhile, the infamous Mind Flayer sorcerer scryed the woodlands and discovered the Squatch camp.  He sent a host of Dark Elves, Goblins, Orcs and foul Undead to capture the relic.

Both armies approach the camp at dawn, determined to claim the most valuable item in the land.

Posted by Katzenstein at 9:21 AM No comments:

The blog turned 5 years old this month and I hit 6 years since I started painting figures while in Iraq. I got back on schedule with the fantasy project this month and I am prepared to finish the first phase by the end of the year.

I have to make the decision to start the pirate project or to start phase 2 of the fantasy project with the huge batch of Demonworld figures I have taunting me from the shelf. I plan to cut expenses next year and I have all the pirate figures/ships (and bases) on hand. 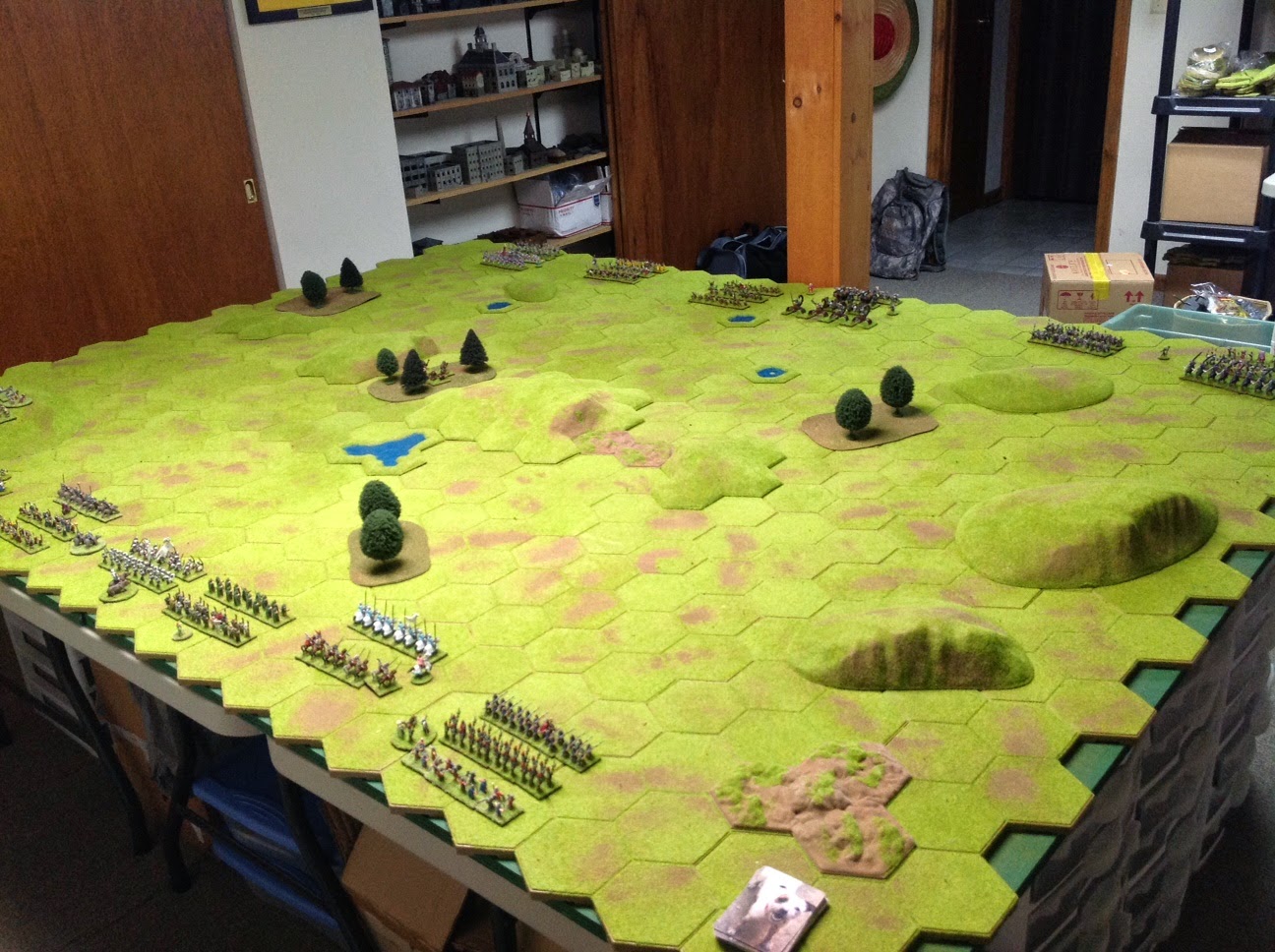 NEXT UP
Finish the fantasy units below by end of the year:
-Kenku (birdmen)
-Giff (hippomen)
-hobgoblins
-ogres
-chaos warriors
-wemics
-trolls
-kobolds
-bugbears
-mounted lizard men
Posted by Katzenstein at 7:40 AM 1 comment:

I usually don't post figures in progress, but I wanted to capture how these Elves look before I base and matte varnish.

I used glitter on the shields to get a crystal/gem effect...they look great now but not sure how they will turn out in the end. 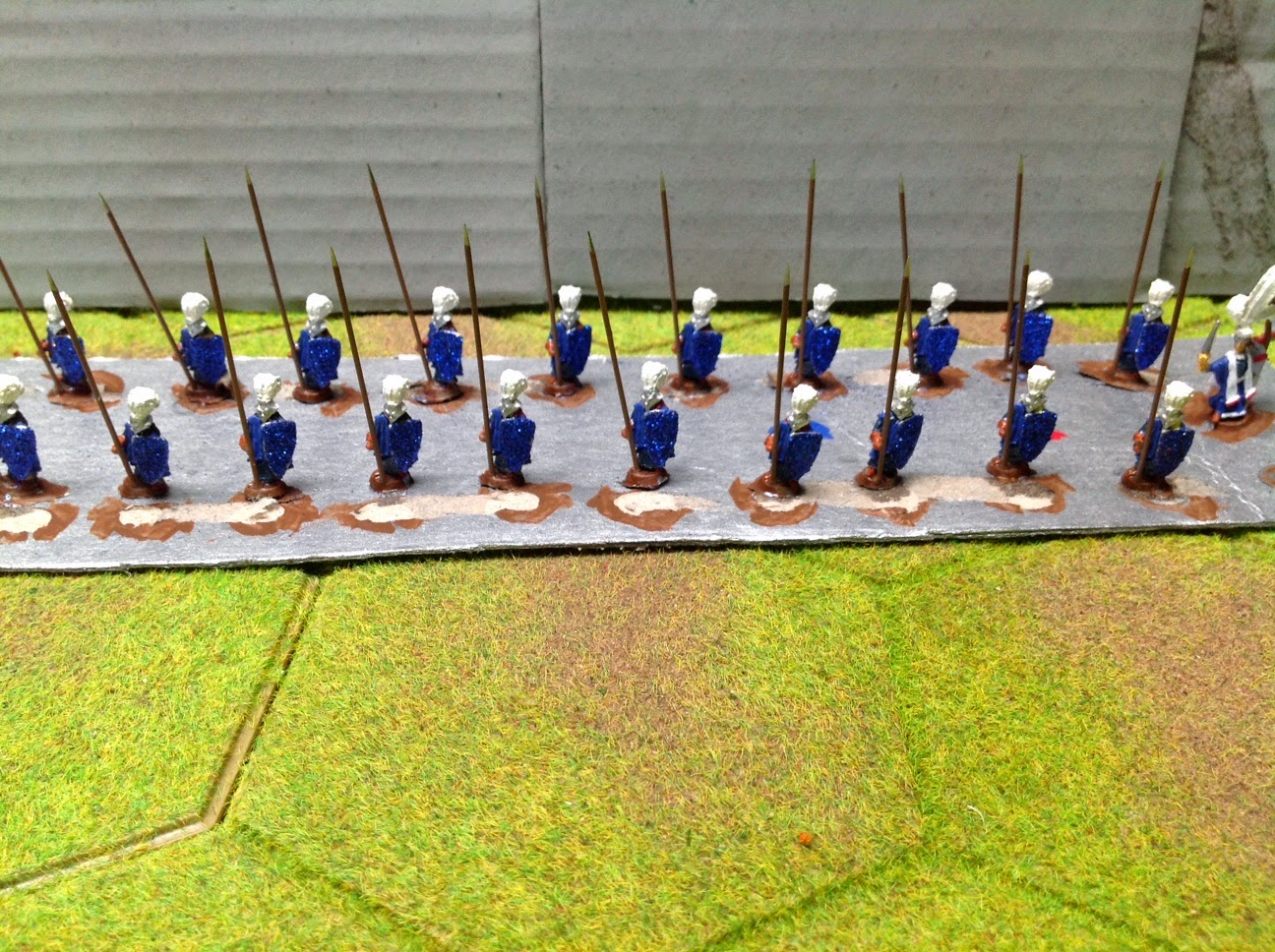 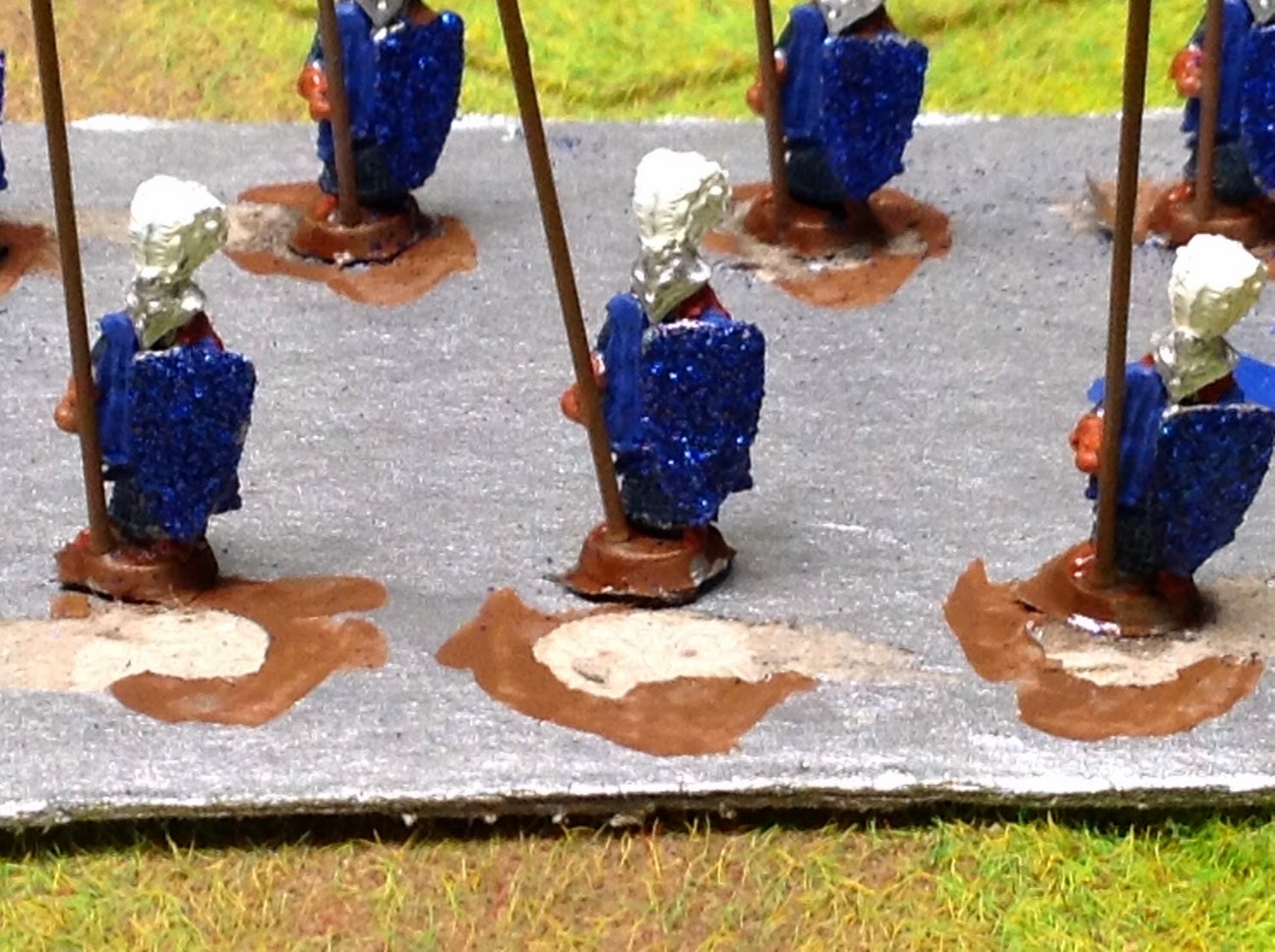 I finished basing the units painted in October (and two this month to finish off the humans).

Not the best month for painting with some highs and lows through the month.

I have two units and 4 leaders left from the human faction...all are primed and the mounts started.

No Fall In convention for me again this year. I am planning on Cold Wars and Historicon but the military course I am in may trump the conventions.

Posted by Katzenstein at 7:00 AM 2 comments: